For the sake of gaining a better scope or understanding on the subject, I ask of the reader a simple exercise. Close your eyes for a moment and try and visualize, who, in your mind is an iconic ambassador of style. Now, with whomever that image may embody, allow me to explain why they most probably borrowed influence in some way or another from the sophisticated debonair of ʻthe Latin loverʼ, Marcello Mastroianni. 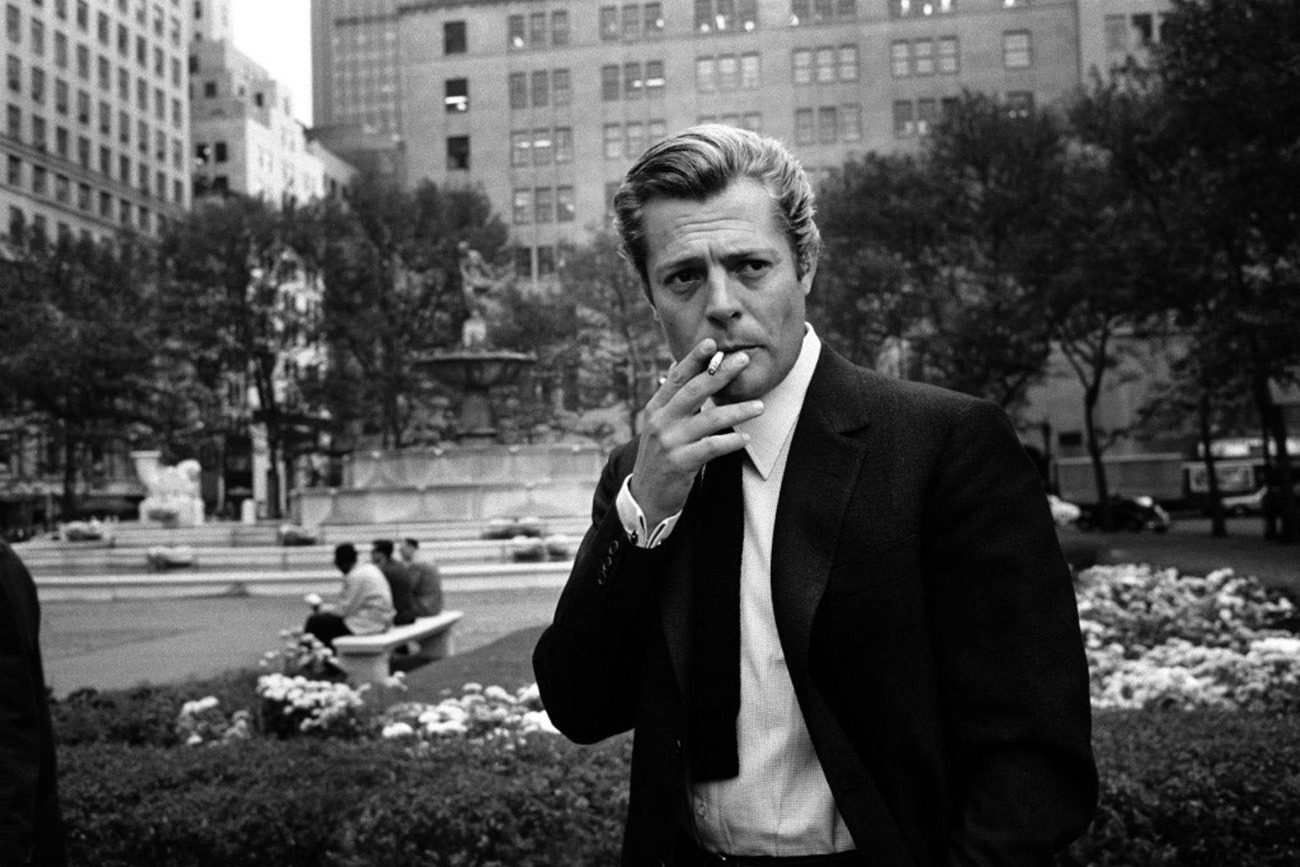 Romeʼs golden son of cinema certainly caused quite a ripple in the waters of popular culture throughout the 60ʼs and 70ʼs. Making his onscreen debut in his early teens, and going on to star in over 120 films, Mastroianni was a major catalyst in shaping our way of thinking when it came to all things chic in European fashion and style. With a string of cinematic accolades including Golden Globes and British Film Academy Awards, he is also one of only three other actors in history to have took out the award for best actor at Cannes twice. Starring alongside some of the more glamorous stars of the golden age like Brigitte Bardot, Sophia Loren, Yves Montand and Jack Lemmon, itʼs a reasonably fair assessment to say that Marcello Mastroianni has rubbed shoulders (and jumped under the bedsheets) with some of the biggest icons in the industry.

But how exactly did the son of a carpenter, who spent time in a Nazi prison camp, emerge from the embers of a major cataclysm like World War II and become the poster boy for opulence and glamour? 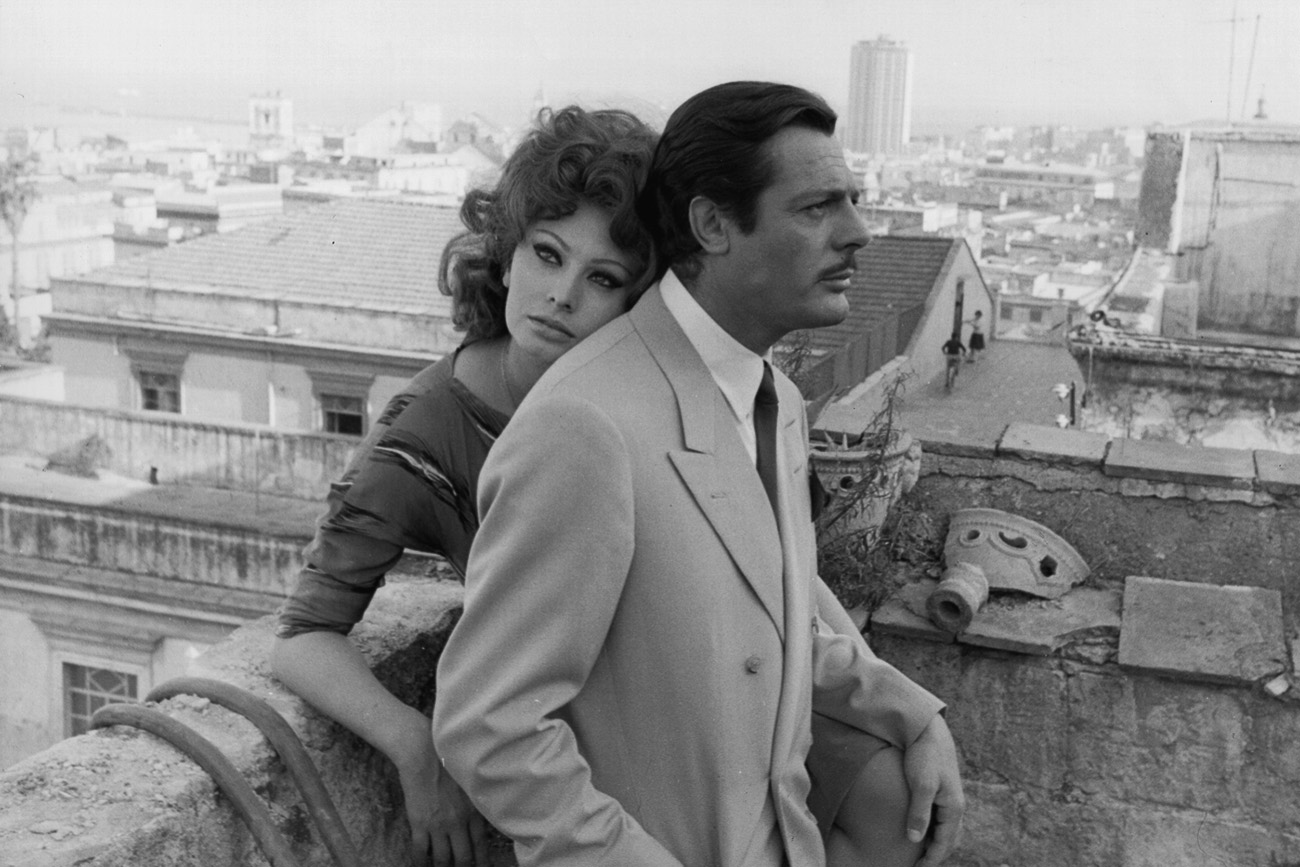 Sophisticated simplicity, in a double-breasted suit. With Sophia Loren on the set of the film ‘Marriage Italian Style’ in 1964. Photo from the Michael Ochs Archives.

Most would agree that when Federico Felliniʼs ʻLa Dolce Vitaʼ opened itʼs curtains to audiences in 1960, Mastroianniʼs stature was affirmed overnight. As the playboy tabloid reporter on the streets of Rome it was clear from the offset; frankly no one else could have remotely played the part with such utter plausibility. Side by side with the elegantly buxom co-star Anita Ekberg, Mastroianni whisked us blissfully through the romantic streets of Rome and into the dining halls and exclusive domains of high society. Donning a pair of designer shades, a tailored black suit or a slim fitting tuxedo, the look became distinctly synonymous with Mastroianni and drew the immediate attention of an international audience. Hollywood liked what they saw and awarded set designer Piero Gherardi with the 1962 Academy Award for Best Costume Design. And in turn, the suits worn by itʼs own stars were becoming more slim lined and fitted to resemble the look of the Latin lover. This creative relationship between master director and Italian icon would endure up until the mid-eighties with such films as ʻ8 1/2ʼ (1963), ʻCity Of Womenʼ (1980) and ʻGinger & Fredʼ (1985).

Mastroianni would continue to make headway the following year with the uber-stylish Italian film ʻLa Notteʼ, directed by the great Michelangelo Antonioni. Around this time American Independent Cinema and the French New Wave were pushing the art into new frontiers, and directors like John Cassavetes in New York and Jean Luc Godard in Paris were at the forefront with Antonioni. Film crews were abandoning studio sets to shoot out on location, the look was becoming more stylised, and the subject matter was at times certainly risqué. ʻLa Notteʼ cemented Mastroianniʼs claim on the more fashionable male actor of the 60ʼs, but the complexities of character and adult themes within the film further established his clout as one of the finer actors of the period. 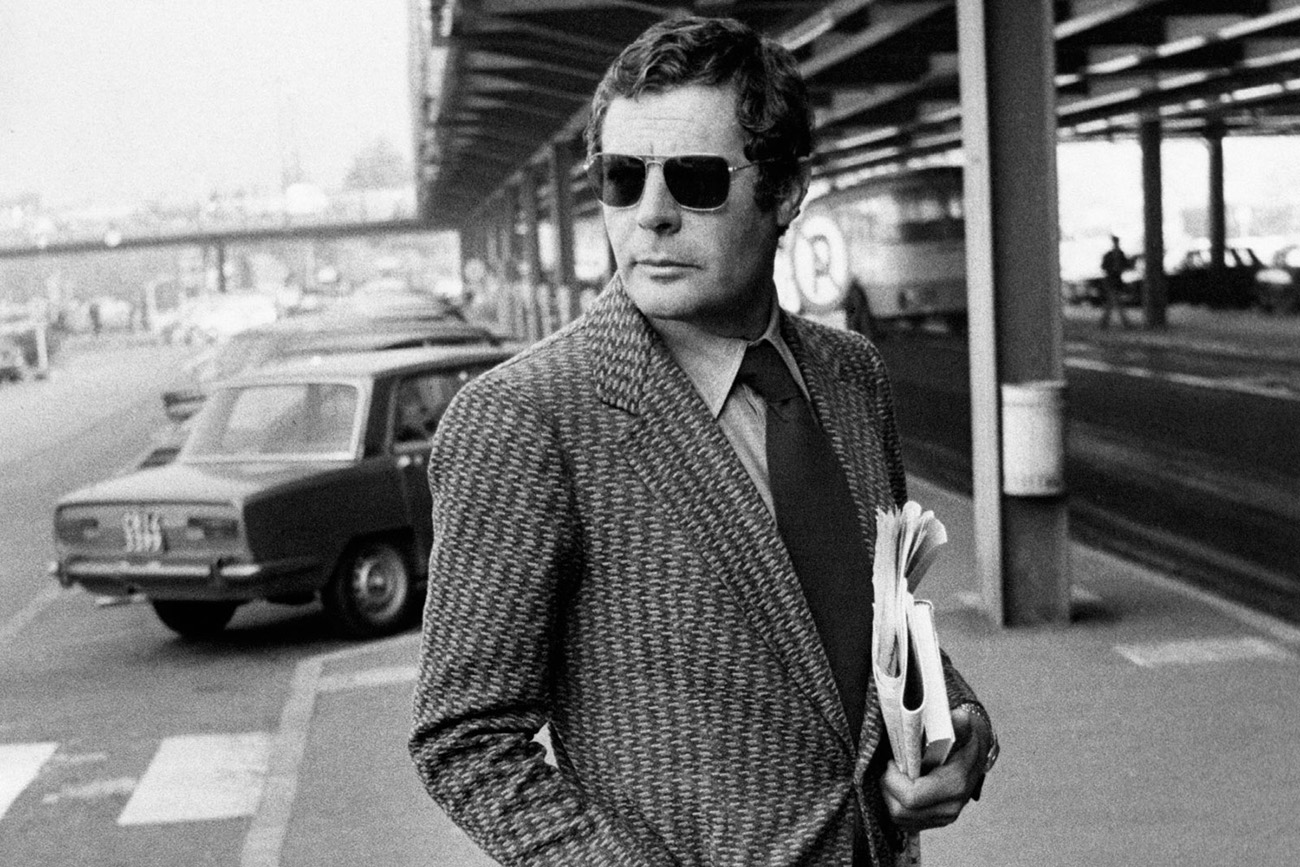 Throughout the latter half of the 60ʼs and 70ʼs, Mastroianni bolstered his appeal amongst audiences with various roles as the Italian man romantically involved, married or looking for love. Most of these films were alongside the dazzling Sophia Loren, and their onscreen relationship flourished with over 10 films including ʻMarriage Italian Styleʼ (1964), ʻSunflowersʼ (1969), ʻThe Priestʼs Wifeʼ (1970) and ʻA Special Dayʼ (1977). This particular period became equally notable for his numerous affairs with a throng of stunning women including Anouk Aimee, Faye Dunaway and Catherine Deneuve. As much as he tried to downplay his sex appeal to the media, audiences were already drunk on the exuberance and elegance of the well dressed characters Mastroianni was playing on the big screen.

With the longevity and smart sensibility of a good pair of denim jeans, the sophisticated modesty behind Marcello Mastroianniʼs image has endured the decades and extended itʼs influence to a new generation. Looking over his films again, one cannot mistake the striking debonair of the man behind the black tailored suit, slim tie and designer glasses… perhaps evermore striking in the black and white films that earned him his initial stardom. Rarely, if ever, does his dress sense seem out of place or over the top. Bereft of outlandish accessories or loud colors, each garment seems painstakingly tailored to fit his stature. Contrary to what one would hope, the look of ʻthe Latin loverʼ is far more complex to pull off than it would seem. 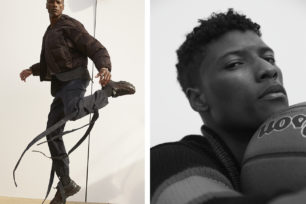 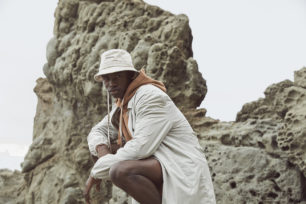